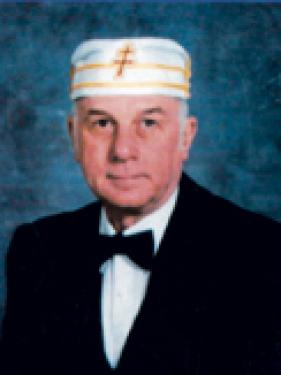 Bobby Joe Demott, 90, of Knoxville, Tenn., born Nov. 6, 1924, died peacefully on March 5, 2015, with his family by his side. Bob was a loving son, brother, husband, father and grandfather, dedicated teacher and researcher, veteran, and loyal servant who valued fellowship and active participation in his community. Bob was born in Linn County, Kan., the fourth child of the late Joe and Ruth Demott. He spent his childhood in Blue Mound, Kan., where he attended elementary and high school, graduating in 1943.
Bob’s service in the United States Navy from 1943 to 1946 included more than two years in the South Pacific for which he received two battle stars. He earned a Bachelor’s Degree from Kansas State University in 1949, a Master of Science Degree from the University of Idaho in 1951 and a Doctor of Philosophy Degree from Michigan State University in 1954. Bob taught at Colorado State University, Fort Collins, for three years and at the University of Tennessee, Knoxville, for 33 years until his retirement in 1990.
He published prolifically in scientific journals and authored a textbook on his area of expertise: Milk Processing and Food Composition. Bob received national attention for his development of a process to remove radioactive materials from milk. He was a member of several scientific and professional societies, was elected a fellow in the American Society for the Advancement of Science, and was listed in the American Men and Women of Science.
Bob was a loyal and dedicated Mason who published many articles in national Masonic magazines and authored a book on Freemasonry. He held offices in the Knoxville Scottish Rite Bodies, served as editor of a monthly newsletter, librarian, and as Historian of the Grand Lodge of Tennessee. Bob was made a 33rd Degree Mason in 1985. Bob was a Boy Scout leader, served on the Mayor’s Committee on Civil Defense, and was a member of the Sons of the Revolution. He served as president of the Kentucky-Alabama-Tennessee Association of High Twelve Clubs, president of the local chapter of National Sojourners, and commander of the Heroes of ’76. Bob was an active member of the United Methodist Church where he served in many capacities including Sunday school teacher, church school superintendent and as a member of the Governing Board.
Of his many accomplishments in life, Bob was most proud of his large, blended family. He was happiest when surrounded by all the generations during the many gatherings held at the home that he shared with his wife of 36 years, the former Beatrice Smith.
Bob is survived by his wife Bea and her children Judy (Kenny) Mayfield, Donna Atchley, and Steve (Angie) Kidwell; seven grandchildren; and six great-grandchildren.
Bob will be sadly missed by his four siblings, Elberta Evans, Gladys Milsap, Howard (Ernestine) Demott, and Daisy Burrus; and many nieces and nephews.
Bob will be remembered by and held dear in the hearts of his five children, Douglas (Sheila), Jeanette, David, Dennis (Kerry), and Daniel (Libby) Demott; seven grandchildren; and nine great-grandchildren.
Memorial donations may be made to the charity of your choice. Condolences may be offered at www.highlandmemorialknoxville.com.