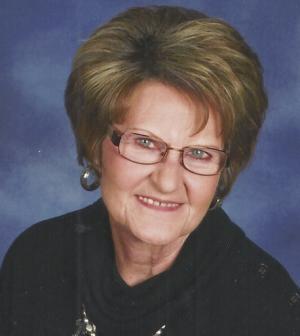 Brenda Joy Ungeheuer, age 72, passed away Thursday, Nov. 24, 2016, at her home in Centerville, Kan. Brenda was born Nov. 18, 1944, in Fort Scott, Kan., the daughter of the late Arthur and Mary Moslander McGinnis.
Brenda attended Pleasanton Elementary and Pleasanton High School followed by Pittsburg State University, where she earned a bachelor’s degree in Elementary Education.
On July 3, 1965, she married her high school sweetheart David Ungeheuer at the Pleasanton Christian Church.
Brenda was a devoted elementary education teacher and taught in several different schools including Manhattan, Lone Elm, Sioux City, Iowa, and even Thailand while David was stationed there in the Army. Her passion for teaching eventually found her back in Pleasanton where she taught for 33 additional years. Brenda retired in 2007 and continued to be an active substitute teacher through the 2015 school year.
Brenda was active in church and several civic organizations. She was a member of the Blue Mound Federated Church, the Women’s Advanced Club, a Flying-C 4-H leader, and was very active in the Kansas High School Rodeo Association while her children competed for many years.
Brenda was a lady who truly cared about people and gave of herself in many ways. Family and friends were Brenda’s passion.
She is survived by her husband David; son Kolby Ungeheuer and wife Kathi and their two children Kamryn and Kolt; a daughter, Karah Norton and husband Cory and their three children Peyton, Kinsley and Braeley; a brother, Clark McGinnis and wife Marilyn; and a sister, Jana King and husband Glenn.
Funeral service will be held 10:30 a.m. Wednesday, Nov. 30, 2016, at the Blue Mound Federated Church. Burial will be in the Pleasanton Cemetery.
In lieu of flowers, memorial donations can be sent in her name to the Blue Mound Federated Church, 110 S. 4th St., Blue Mound, KS. Online condolences for the family can be left at www.schneiderfunerals.com.