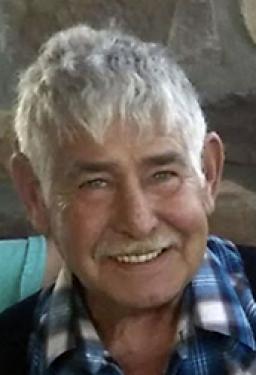 Bruce Michael Mitchell, 67, of Blue Mound, Kan., died Saturday, Feb. 27, 2021, at St. Luke's East Hospital in Lee's Summit, Mo. Bruce was born June 23, 1953, in Moran, Kan., to Lloyd Gene and Betty Jo (Northway) Mitchell.  He attended schools in Blue Mound and graduated from Blue Mound High School with the class of 1971. Bruce was a farmer through and through.  He enjoyed the hard work, helping his neighbors, and working on tractors.  Bruce was a collector of coins and scales.  When his health allowed, he enjoyed traveling in his travel trailer.  But his greatest joy was spending time with his family, especially his grandkids and great-grandkids.

Individual respects and guest registry will be from 9 a.m. until 4 p.m. on Wednesday, March 3, 2021, at Schneider Funeral Home & Crematory, Mound City Chapel.

A funeral service will be held at 2 p.m. on Thursday, March 4, 2021, at the Mound City Chapel. Visitation will be from 1 p.m. until service time.  Burial will follow in Oakwood Cemetery, Centerville, Kan.  The family suggests contributions to Wounded Warrior Project, c/o Schneider Funeral Home, PO Box J, Mound City, Kan. 66056.

Friends and family may leave online condolences at www.schneiderfunerals.com.