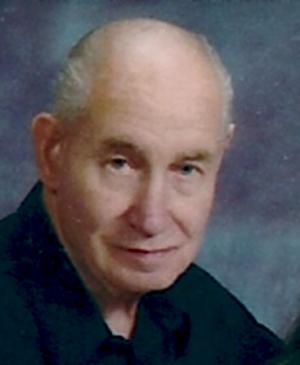 Buddy Earl Brown, age 75, Pleasanton, Kan., passed away on Saturday, Sept. 16, 2017, at St. Joseph Health Center. He was born at St. Anthony, Idaho, the son of Earl A. and Mary E. Willy Brown.
He served his country in the United States Navy for over 20 years, including time served during the Vietnam War. He was a member of the VFW.
He was preceded in death by his parents; a brother, Jay; sister Dorothy; and a life partner, Cora Foster.
He is survived by his wife, Megan; a son, Bill Brown; a daughter, Tammy Flores; three brothers, Dewey, Leland and Ken; three sisters, Cora, Faye and Velda; six grandchildren, Nick, Cody and Travis Brown, and Mathew, Rachel and Josiah Halverson; a great-granddaughter, Pai Halverson; a nephew, Patrick Brown; and a niece, Hannah Brown.
Memorial service will be held 2 p.m. Wednesday, Sept. 20, 2017, at the Schneider Funeral Home and Crematory Pleasanton Chapel. Inurnment will be in the Prescott Cemetery. Visitation will be held from 1 p.m. to service time at Pleasanton Chapel.
The family suggests contributions to the VFW Post No. 111. Online condolences for the family may be left at www.schneiderfunerals.com. Arrangements: Schneider Funeral Home and Crematory, Pleasanton Chapel.