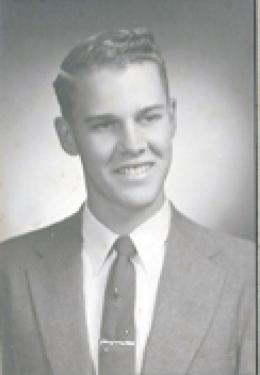 Carl Dee Holmes, 74, Pleasanton, Kan., passed away Saturday, Dec. 13, 2014. He was born Feb. 20, 1940, at Fort Scott, Kan., the son of Vernon and LaVerne Ashley Holmes. He graduated from Pleasanton High School and attended Bible College at Springfield, Mo.
He married Janie McQuinn in 1961. To this union, one son was born, Carl Dee Holmes Jr. This union ended in divorce. He later married Mary Judy in 1973. Together they had two children, one of whom, a son, Robert Edward, preceded him in death.
He was a heavy equipment operator before retirement. Carl was a member of the Pleasanton First Baptist Church and enjoyed being outside, especially in his garden.
He was also preceded in death by his parents; and a brother, Grant Holmes.
He is survived by his daughter, Carla Bledsoe and husband, Duane; son, Carl Dee Holmes Jr.; and three grandchildren, Rachael, Caleb and Melana Bledsoe.
Graveside funeral service will be held at 11 a.m., Thursday, Dec. 18, 2014 at the Holmes Cemetery near Prescott, Kan. Visitation will be held from 9:30 to 10:30 at the Schneider Funeral Home and Crematory, Pleasanton Chapel. The family suggests contributions to the charity of one’s choice. Online condolences for the family may be left at www.schneiderfunerals.com. Arrangements: Schneider Funeral Home and Crematory, Pleasanton Chapel.