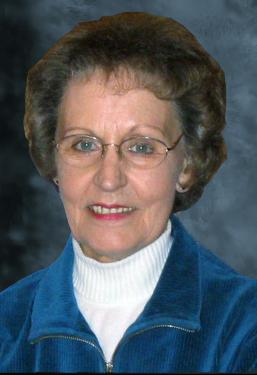 On Sept. 12, 1954, Carol and Marvin Zimmerman were united in marriage in Troy, Kan. Together the couple had four children: Debra, Serena, Bradley and Dalene.

While they lived in many locations throughout their early married life, they permanently settled in the Kansas City area in 1966. Carol was a stay-at-home mother and homemaker until her children were grown, and returned to the workforce in 1990. She worked in the gift shop at Overland Park Regional Medical Center for seven years and then at Stein Mart until 2002. Following her retirement, she and Marvin enjoyed traveling, visiting family and volunteering at the Chestnut Fine Arts Center.

She was a devoted wife, mother and grandmother who gave selflessly of her time and talents. She was an avid collector of clocks, thimbles and bells. She enjoyed quilting, needlepoint and anything involving family. Carol took great pride in her home and loved to cook.

She was preceded in death by her parents; her stepfather Lee Dickey; and her brothers, John, Reed and Dale Mitchell.

Funeral services were to be held at 2 p.m. on Saturday, Feb. 16, at the Eddy-Birchard Funeral Home at 203 Main in Osawatomie, KS 66064. A visitation was to be held from 1-2 p.m. immediately preceding the funeral service.

In lieu of flowers, memorial contributions may be made to the Parkinson’s Foundation of the Heartland, in care of the Eddy-Birchard Funeral Home at PO Box 430, Osawatomie, KS 66064.