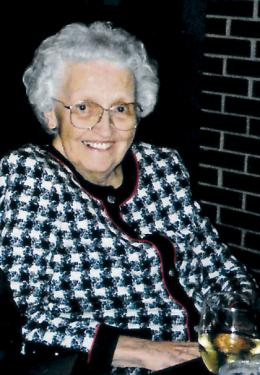 Carolyn J. Thompson of Lake Quivira, Kan., passed away on Saturday, May 20, 2017, at the Fort Scott Manor. She was born Sept. 5, 1920, in Kansas City, Kan., the daughter of Clifford and Laura Alexander Addison.
For many years she worked for the Federal Reserve Bank in Kansas City, Mo., and later as a legal secretary for a law firm in Houston, Texas, where she retired at the age of 72. She enjoyed working very much.
She loved to travel and had been in countries all over the world. She loved to sew and make clothes for her grandchildren. She also helped her family when needed. She had a very powerful spirit and will be greatly missed.
She is preceded in death by her husband Donald Thompson and two sisters.
Carolyn is survived by her son, Kent Roberts and wife Bobbie; and two grandchildren, Keith Roberts and Tracy Roberts. She is also survived by three great-granddaughters, two great-grandsons and several nieces and nephews.
Carolyn desired no funeral service or flowers. A gift in her memory may be made to a charity of your choice. Arrangements: Schneider Funeral Home and Crematory, Mound City Chapel.