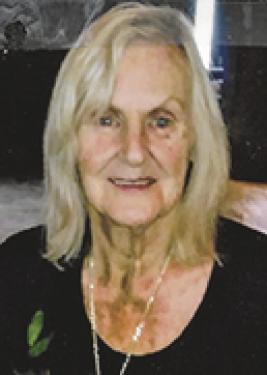 Carolyn Marie Jentzsch, age 81, La Cygne, Kan., passed away on Saturday, Jan. 23, 2021. She was born on Aug. 2, 1939, in Kansas City, Mo., the daughter of Don and Laura McClure Brown. She graduated from Southeast High School in the Class of 1957. She was married to Mike Gabbert in 1957. The marriage ended in divorce in 1968. She later married Jewel Charles Jentzsch, Jr. on March 28, 1970. He preceded her in death in 2009. She was also preceded in death by her parents; a son, J.C. Jentzsch III; a brother, Jerry Brown; and two sisters, Donna Trinkle and Katherine Hutchison. Carolyn was a member of the Order of Eastern Star and the Red Hat Society. She enjoyed sewing, quilting, gardening and raising flowers. Carolyn is survived by two sons, Mark Gabbert and Jeff Jentzsch (Debbie); seven daughters, Laurie Boone (Richard); Deanna Franks (Danny); Linda Kern (Gene); Brenda Wilcox; Jennifer Cornett (Brian); Gina Gabbert; and Nancy Brown (Clay); thirty grandchildren; numerous great-grandchildren and a daughter-in-law, Sandy Jentzsch.

Contributions are suggested to the Shriner Children’s Hospital. Online condolences can be left at www.schneiderfunerals.com.