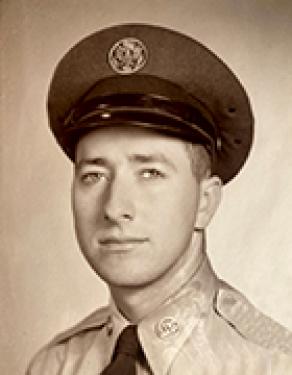 Cecil was born the third child to Cecil Paige and Edna (Nickoley) Fish on Dec. 7, 1931, in Pawhuska, Okla. He grew up in Mound Valley, Kan., attended school there and graduated in 1949. In 1951 he graduated from Coffeyville Community College.

He joined the U.S. Air Force in 1952 and served four years. During his service he attended various electronics schools in Belleville, Ill., and was eventually assigned to Haneda Air Force Base in Tokyo, Japan, as an airborne radio mechanic. During his service in Japan, he traveled to numerous locations in the Far East including Korea, Okinawa, Guam, the Philippine Islands, Formosa (Taiwan) and Siam (Thailand). Upon returning to the United States, he was assigned to the strategic air command at Carswell Air Force Base in Fort Worth, Texas, and was later transferred on temporary assignment to the Nouasseur Air Force Base near Casablanca in North Africa. During his tour in North Africa, he very much enjoyed his visits to Spain and the Rock of Gibraltar. After his discharge from the USAF in 1956, he returned to southeast Kansas and entered Kansas State Teachers College (KSTC) in Pittsburg, Kan. During this time, he met his future wife, Bonnie May Greenlee, at a Veterans of Foreign Wars (VFW) dance in Oswego, Kan. He asked her to marry him on their first date. She thought he was bluffing! They married May 1, 1957.

After a semester at KSTC he accepted a position as communications craftsman with the American Telephone and Telegraph Co. (AT&T) in June of 1956. He worked in Wichita, Kan., for approximately six years. During this time he and Bonnie welcomed the birth of daughters Kelly in 1958, Joni in 1959 and Dixie in 1962.

In retirement, he and Bonnie returned to southeast Kansas building homes first near Big Hill Lake and later in Altamont. He continued working as personnel manager and purchasing agent for Gragg Cabinet Co. in Cherryvale and later served for eight years as a Labette County Commissioner, followed by five years as an Altamont City Commissioner. In 2006, Cecil and Bonnie moved to Baldwin City, Kan., to be closer to family, and in 2017 they moved to Ottawa and built a home there.

Cecil is preceded in death by his parents; and sisters, Wilma, Norma and Donna. He is survived by his wife, Bonnie, of the home; daughters, Kelly Fish-Greenlee (Phil Crabb), Joni Fish-Gertz (Bruce Gertz) and Dixie Fish-Richard (Gerald Richard); four grandchildren, Katie, Leland, Micah and Jonah; and seven great-grandchildren.

A short interment service for extended family will be held Friday morning, April 16, 2021, followed by a public Celebration of Life event at the Dennis Community Center. Lunch and libation will be served at 1 p.m. Family and friends are all encouraged to attend and share their favorite experiences with, and stories about, our beloved Cecil. The family looks forward to engaging in a light-hearted celebration of Cecil. Masks are required.