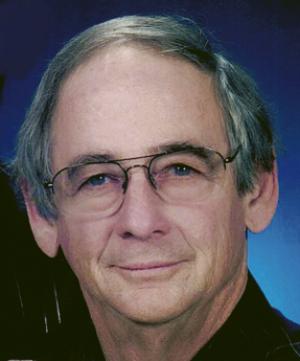 Charles A. “Charlie” Conley, age 69, Pleasanton, Kan., passed away on Monday, Nov. 21, 2016, at the Prescott Country View.
He was born in Fort Scott, Kan., on Oct. 20, 1947, the son of Earl E. and Anna Mae Stoeckle Conley.
He was a graduate of Pleasanton High School. He served his country in the United States Army during the Vietnam War and was stationed in Germany.
Charlie then went to work as a sprinkler fitter. During his working career he had many business interests which included: Conley Sprinkler, Conley Sales, and farming and ranching.
He was a member of the Sacred Heart Catholic Church in Mound City, Linn County Economic Development Committee, Kansas Calvary, Prescott State Bank Board, Sprinkler Fitters Union Local No. 669 and the National Fire Protection Association.
Charlie enjoyed K.U. basketball, playing cards and taking trips to the casino. He enjoyed many things but he had a true love for his family and other children. He always had the time to visit or help someone in need.
He was preceded in death by his parents. Charlie is survived by his wife Linda; two sons, Charlie Conley Jr. and wife Candie, and Brandon Conley and wife Wendy; daughter Tina Wiebelhaus and husband Mike; stepson Frank Meister and wife Catherine; two brothers, Kenny Conley and wife Linda, and Stephen Conley and wife Malinda; eight grandchildren; four great-grandchildren; and two step grandchildren.
Mass of Christian Burial was held Tuesday, Nov. 29, 2016, at Sacred Heart Catholic Church. Burial was in Sacred Heart Cemetery. Rosary was prayed Monday, Nov. 28, at the Schneider Funeral Home Pleasanton Chapel with visitation following.
The family suggests contributions to the Alzheimers or Diabetes foundations. Online condolences for the family may be left at www.schneiderfunerals.com.