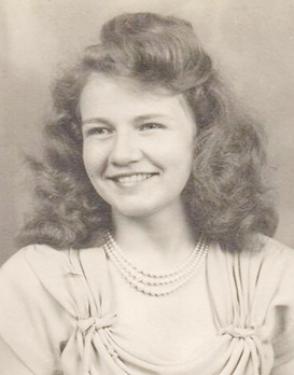 She was born on Dec. 27, 1933, in Critzer, Kansas the daughter of Ora Thomas and Edith Ruth Rogers Shaw. She was united in marriage to Vernon Morrell on January 11, 1951 in Mound City, Kan. She graduated from Blue Mound High School as the Valedictorian of the Class of 1952.

Vernon did a tour in the Air Force shortly after their marriage. Upon his return, the couple took up farming and started milking a herd of their own dairy cows in 1954. All four of the children were raised on the farm. Education was a value instilled in them early in life.

Every child received a college education and bachelor’s degree or higher. Vernon and Charlotte got out of the dairy business in 1987. Charlotte then worked in a nursing home, at Lincoln National Insurance and finally as a client advocate for the Kansas Department of Social Services advocating for children. She was a member of the Blue Mound United Methodist Church.

Funeral service will be held 10:30 a.m. Saturday, July 30, 2022, at the Schneider Funeral Home and Crematory, Mound City, Kan. Burial will be in the Curry Cemetery. Visitation will be held from 5 to 7 p.m. Friday at the Schneider Mound City Chapel. Contributions are suggested to the Charity of Choice. Online condolences can be left at www.schneiderfunerals.com.