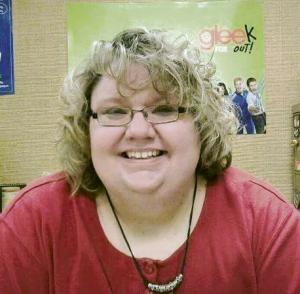 Christine Elizabeth Long, age 47, of La Cygne, Kan., passed away on Wednesday, Sept. 13, 2017, at St. Luke’s South Hospital in Overland Park, Kan. She was born on March 31, 1970, in St. Louis, Mo., the daughter of David and Gloria Camden Long.
She graduated from Prairie View High School in the Class of 1988. She received her A.A. from Johnson County Community College. From there, she attended the University of Missouri Kansas City where she received her B.A. in speech and hearing science. She then attended Wichita State University and obtained an M.A. in communicative disorders and sciences.
Christy worked in speech therapy for East Central Kansas Special Education Cooperative for 17 years. She recently was employed as a speech therapist with a start-up company called DotCom Therapy. She thoroughly loved her job and worked at it with much enthusiasm.
Christy had many interests including reading, watching the latest movies, collecting such things as Harry Potter and Star Wars memorabilia, and being an active member of the Mayflower Society. One of her biggest passions was to spoil her nieces and nephews, whom she loved dearly.
She was preceded in death by an infant sister, Patricia Jean; paternal grandparents, Paul Long and Patricia Cleo Stenzel; maternal grandparents, Melvin and Maxine Hanthorne Camden; an aunt, Judy Camden; and a cousin, Michelle Hedman.
Christy is survived by her parents, David and Gloria Long; a brother, Jeffrey Long and wife Marianne; a sister, Jennifer Plummer and husband Robert; two nieces, Katrina and McKendra Long; and three nephews, Kameron Long, and Decovin and Camden Plummer.
A memorial service was held Wednesday, Sept. 20, 2017, at the La Cygne Christian Church. Inurnment followed in the New Lancaster Cemetery.
The family suggests contributions to the New Lancaster United Methodist Church or Special Olympics. Online condolences for the family may be left at www.schneiderfunerals.com Arrangements: Schneider Funeral Home and Crematory, La Cygne Chapel.