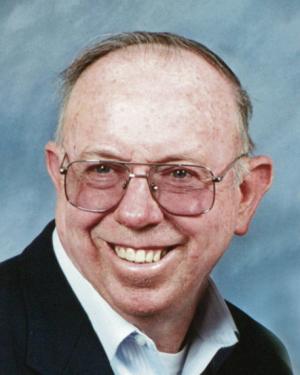 Linn County News
Published July 12, 2017
Cleland F. Allen, age 85, a resident of Fort Scott, Kan., passed away early Saturday, July 8, 2017, at the Medicalodge of Fort Scott. He was born Sept. 29, 1931, in Arkansas City, Kan., the son of McKinley Allen and Inez Adams Allen.
He graduated from the Mound City High School with the Class of 1949. Cleland served for 20 years with the United States Air Force. He retired in 1971 with the rank of tech sergeant.
Following his military service, he married Mary Dauben on April 16, 1976, in Nevada, Mo.
He worked for a time for Key Industries and also worked as a long haul trucker. He then worked for several years for Bourbon County.
He enjoyed traveling, reading and spending time with his family. He was a member of the Cherry Grove Baptist Church, the American Legion and the Olson Frary Burkhart Post No. 1165 Veterans of Foreign Wars where he frequently served with the VFW honor guard. He was also a past member of the Lions Club.
Survivors include his children, Rodney Allen and wife Sandy of Deer Lodge, Mont., Gary Simons and wife Liz of Kearney, Mo., Larry Joe Simons and wife Kim of Fort Scott, Janice Briggs and husband Dusty of Bushton, Kan., Sandra Newton and husband Paul Joe of Fort Scott, Connie Simons of Fairview, Okla., Pam Riedel of Liberty, Mo., and Diane Gray and husband Rob of Fort Scott; 19 grandchildren; and several great-grandchildren and great-great-grandchildren. Also surviving are two sisters, Vada Casteel and husband Max of Clinton, Mo., and Joyce Allen of Fort Scott; a sister-in-law, Minnie Lou Allen of Fort Scott; and numerous nieces and nephews.
His wife Mary preceded him in death on Feb. 1, 2014. He was also preceded in death by two sons, Bobby Simons and Billy Simons; two brothers, Morris and Ottis Allen; and a grandson, a great-grandson and a niece.
Funeral services will be held at 10 a.m. Thursday, July 13, at the Cheney Witt Chapel. Burial will follow in the U.S. National Cemetery where military honors will be provided by the Olson Frary Burkhart Post No. 1165 Veterans of Foreign Wars. The family will receive friends on Thursday from 9 a.m. until service time at the Cheney Witt Chapel.
Memorials are suggested to the Cherry Grove Baptist Church and may be left in care of the Cheney Witt Chapel, 201 S. Main, P.O. Box 347, Fort Scott, KS 66701. Words of remembrance may be submitted to the online guestbook at cheneywitt.com.