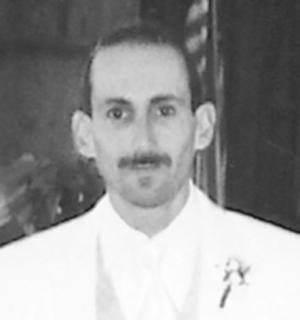 Clifford DeWayne Benbrook, age 45, Paola, Kan., formerly of Pleasanton, Kan., passed away on Saturday, Feb. 25, 2017, at the Miami County Medical Center. He was born on June 30, 1971, at Butler, Mo., the son of Jerry and Fay McCulley Benbrook.
He graduated from Pleasanton High School in the Class of 1990.
He married Theresa Latta on Nov. 22, 1999, at Pleasanton.
He was working at Paola Wal-Mart as a shipping and receiving manager, being employed there 16 years.
Clifford loved his family and enjoyed time playing with the kids. He liked to camp, fish and hunt deer and hogs.
He is survived by his wife Theresa; parents Jerry Benbrook and Fay Benbrook; sons Billy and Cristian Benbrook, and Brandon Jones; two daughters, Tiffany Jones and Jessica Stark; a brother, Quentin Ramsey and Patricia; sister Cristin Fuller and Matt; six grandchildren; an aunt, Kay Phillipson; a niece, Hailie Fuller; and two nephews, Xander Fuller and Little Quentin Ramsey.
Funeral service was held Tuesday, Feb. 28, 2017, at the Schneider Funeral Home, Pleasanton Chapel. The family suggests contributions to Linn County Hunters Safety, c/o Schneider Funeral Home, Box 525, Pleasanton, KS 66075. Online condolences for the family may be left at www.schneiderfunerals.com. Arrangements: Schneider Funeral Home and Crematory, Pleasanton Chapel.