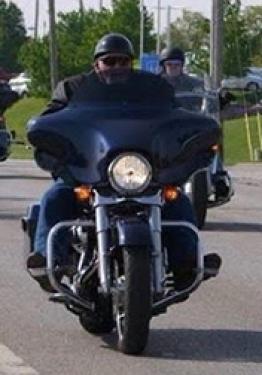 At the age of 17, Cliff enlisted into the United States Navy. He was stationed in San Diego, Calif. He served two tours in Vietnam. On June 29, 1968, in Torrance, Calif., Cliff and Alice Marie Ringey were united in marriage. He was honorably discharged in 1969. Together they had three children: Clifford Allen, Treasa and Nathen. They made their home in Linn County.

Cliff was a mechanic, welder and tradesman his whole life. He started working for Johnson Controls, which changed names a couple times before becoming AMCOR. Cliff was a maintenance mechanic for 24 years until retiring in 2010.

In his free time, Cliff enjoyed riding his motorcycle, hunting and fishing. You could always find him tinkering and fabricating. He was a proud veteran. Cliff was a loving husband, father, grandfather and friend.

He was preceded in death by his parents and a sister, Judy Brown.