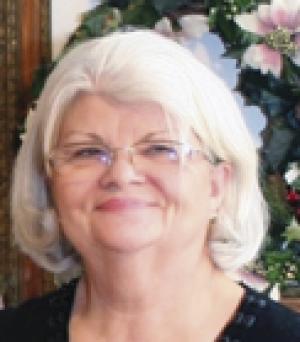 Connie Sue Polley, age 66, of Osawatomie, Kan., formerly of Parker, died June 23, 2014, at Golden Living Center Nursing Home, Spring Hill, Kan.
Connie was born Aug. 16, 1947, at Paola, Kan., to Marion and Phoebe (McCarty) Barnett. She was the younger of their two children. Connie shared her birth date with her paternal grandmother, Mary (Troutman) Barnett.
She graduated from Parker Rural High School in 1965. She graduated from Fort Scott Community College in 1985 with an associate’s degree in nursing. In 1990, she graduated from Pittsburg State University with a bachelor of science degree in nursing.
Connie started her nursing career at Anderson County Hospital, Garnett, Kan., working there full- and part-time for 10 years. She worked at Osawatomie State Hospital for a total of 10 years. She completed the last five years of her career at Life Care Center in Osawatomie.
She married John Polley on Sept. 2, 1966. They made their home in rural Linn County. They became the parents of one daughter and one son. They were married 34 years and remained life-long friends.
She was a member of the First Baptist Church of Parker.
Connie enjoyed collecting antiques. She had a small antique business, Country Cottage Antiques. She also sold as a vendor at Sentimental Journey in Olathe and the Old Country Store in Osawatomie. She enjoyed working in her yard and garden.
She was preceded in death by her parents.
She is survived by her children, Angie Burgoon (Terry) of Paola and Gregg Polley (Jennifer) of Olathe; her brother, Melvin Barnett (Elizabeth) of Hutchinson; five grandchildren, Austin Polley (Kristen), Ty Burgoon (Emily), Megan Converset (Julien), Lacie Burgoon and Ransom Polley; one great grandson, Drue Metcalf; and many other relatives and friends.
Visitation will be held 2-3 p.m. Friday, June 27, 2014, with the funeral service following at 3 p.m. at Penwell-Gabel Funeral Home, 605 O’Neal Ave., P.O. Box 280, Osawatomie, KS 66064. Burial will be in the Highland Cemetery, Parker, Kan. Memorial contributions are to the Connie Polley Nursing Scholarship Fund and can be sent in care of the funeral home.