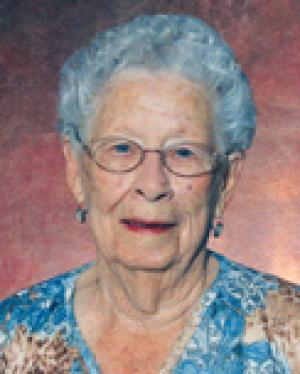 Cora Marie Kellstadt, 89, resident of Fort Scott, Kan., died Thursday, July 3, 2014, at the Fort Scott Mercy Hospital. She was born May 7, 1925, in Bourbon County, Kan., the daughter of Edwin Homer Collins and Lucretia Murrow Collins. She was a graduate of Blue Mound High School. She married Harley Dean Kellstadt Dec.20, 1942, in Erie, Kan. He preceded her in death Jan. 30, 1986.

Cora retired from J. C. Penney in 1988 after 26 years of service.  She was a member of the First United Methodist Church and the Olive Chapter #13 Order of the Eastern Star.  She had served as a Mother Advisor for Rainbow Girls. She enjoyed camping and was a charter member of the Old Forters Camping Club.

Cora Marie had traveled to Texas and spent the winter for over 28 years.  She enjoyed crocheting and quilting as well as going out to eat and playing cards with her friends. She also liked to square dance and had been a member of the Iza Stompers Square Dance Club.

Memorials are suggested to Care to Share and may be left in care of the Cheney Witt Chapel, 201 S. Main, P.O. Box 347, Fort Scott, KS 66701. Words of remembrance may be submitted to the online guestbook at cheneywitt.com.