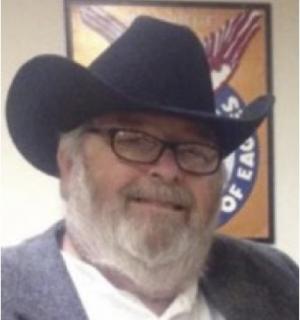 At Kearney, Dallas met and married Carol Barney, his wife of 53 years. After college, Dallas and Carol resided in Nebraska where he worked in the transportation industry and farmed for most of his career.

Dallas loved all sports, and was an especially devoted Nebraska Cornhusker football fan. He attended many Holdrege Duster sporting events in support of his children, and could often be found cheering in the stands, alongside the wrestling mat, or at the side of the track with his stopwatch. He continued to be in the stands supporting his grandchildren in their many activities, and he was always proud to tell others of their many accomplishments.

Dallas loved to play golf, and was also an active outdoorsman devoted to hunting and fishing with his family and a treasured group of lifelong friends. Colorado Elk Camp was one of his favorite places in this world to be. He always loved the mountains and being outdoors.

Dallas was also an avid music lover, having sung in the choir at Bethel Lutheran Church and with the 1733 Barbershop Chorus. He shared his love for singing with his children, family and friends.

Dallas and Carol moved to Linn Valley Lakes, Kan., in 2009, where they were blessed with many cherished friends. Dallas enjoyed singing in the church choir and a quartet at Linn Valley Community Church. He also enjoyed playing golf, and having morning coffee in the clubhouse, aka the “office.”

In his late years, Dallas was a loving and devoted caregiver and husband, proud father and grandfather, and member of his church and community. He was full of life and joy, fully committed to his family, and he was deeply loved.

Dallas was preceded in life by his parents Harry and Eleanor Fenster; and his son, Tony Fenster.

He is survived by his wife Carol; his sister, Madeline; his children, Brenda and her husband Richard Ries, Angela and her husband Troy Moore, Randy Fenster, and James and his wife Kaitlin Fenster; and eight grandchildren, TeJay and Ty Fenster, Madison and Malerie Moore, Brian and Sean Ries, and Dallas and Parker Fenster.

Visitation will be held on Monday, March 4 from 5 to 7 p.m. at the Schneider Funeral Home in La Cygne.

Funeral services were held at the Linn Valley Community Church on Tuesday, March 5, with a lunch at the church following.

As a memorial, the family requests donations are made in Dallas’ name to the Children’s Brain Tumor Family Foundation (www.cbtff.org).