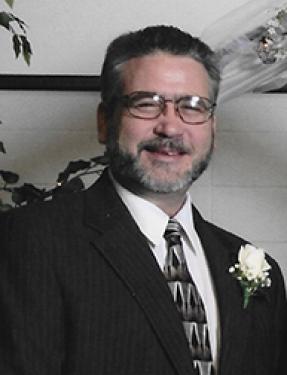 David Mitchell DeMayo, 59, of Centerville, Kan., passed away peacefully at his home on Tuesday, Nov. 24, 2020. David was born on May 2, 1961, to Victor R. and Freda (Lee) DeMayo at St. Joseph Hospital in Kansas City, Mo. On April 8, 2006, he married Lisa Gorden in Springfield, Mo. Dave, or Mitch as he was known to his family, loved life and had a passion for adventure. He loved being on the water and had many memories of water skiing before school as a teenager while living at Lake Lotawana, Mo. He even learned to fly a plane. But his greatest passion was scuba diving. He was a certified scuba diving instructor and for several years managed a dive store. He led several diving trips to the Caribbean and had fond memories of those times. David was a hard worker and at 18 years of age became one of the youngest conductors, at that time, for the Chicago & Northwestern Railroad. After being laid off from the railroad, he worked for Interstate Brands Corp. (Butternut/Wonder Bread) first in Kansas City, Mo., and then at Springfield, Mo., where he met his future wife, Lisa. He later transferred to the plant in Lenexa, Kan. In 2007, Dave began working at A & M Products in Spring Hill, Kan., where he was employed at the time of his death. Dave had a deep love for the Lord and a strong faith in God. He was a member of the Mound City Christian Church. He loved his family and was a faithful and loyal friend to many.