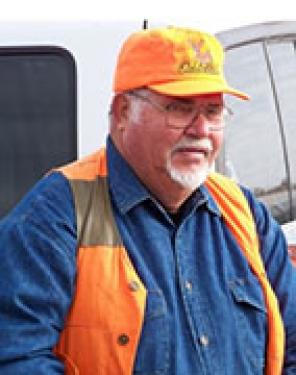 David R. Jackson, age 81, of rural La Cygne, Kan., passed away suddenly at his home Thursday, June 10, 2021. He had been in ill health the past few months. David was born Aug. 11, 1939, in La Cygne to Clifford and Clara Dunavan Jackson. He graduated from La Cygne Rural High School in the Class of 1957. David was active in music throughout his high school years and sang at many weddings during his music career and he was a member of the National FFA Chorus his senior year of high school. He was employed by Simmons Gun in Olathe, Kan., and was a Rural Route Mail Carrier for 31 years. David married Rosanne Walden at the Virginia Methodist Church near Butler, Mo., on June 7, 1963, and had recently celebrated 58 years of marriage.

David loved life and enjoyed every minute. He was an avid hunter and enjoyed hunting pheasants in western Kansas for many years. He loved telling stories of his past with old friends as well as new. David served in the United States Army and Kansas National Guard. He enjoyed traveling with Rosanne and had visited almost every state in the Union including Alaska and Nova Scotia. Farming was in his blood and he loved his cows.

David was preceded in death by his parents; in-laws, Mervin and Evelyn (Karr) Walden Jackson (later married to Fred Jackson); a sister, Maretta Jameson; and brother-in-law Virgil Jameson. David was a member of the La Cygne United Methodist Church, Parker Masonic Lodge, Mirza Temple, Scottish Rite Consistory, and American Legion Hewitt New Post, Mound City. He was a former member of the Linn County Fair Board, Linn County Planning Commission and a Cadmus 4-H Leader. Survivors include his living wife, Rosanne; son Ryan Jackson and wife Linda; son Joe Jackson and wife Denise; sister, Ann Garrett (Tom); his favorite and only grandson Brody (Ryan and Linda); step-grandchildren, Tracy (Courtney) Caldarera, Adam Simoneaux (Ashley); step great-grandchildren, Olivia, Camron, Ashley, Carson, Cohen and Kynlee. He is also survived by a niece and three nephews. He had many friends and neighbors including a special neighbor Charles Rhynerson. As his hunting buddies would say, “Till we meet at the end of the last draw.”

Funeral service was held at 10 a.m. Monday, June 14, 2021, at the Schneider Funeral Home and Crematory, La Cygne Chapel. Burial with Masonic Service will be in the Star Valley Cemetery. Visitation was held from 5 to 7 p.m. Sunday at the Schneider La Cygne Chapel. Contributions are suggest to the La Cygne United Methodist Church or the Shriner Children's Hospital, c/o Schneider Funeral Home, P.O. Box 304, La Cygne, Kan. 66040. Online condolences can be left at www.schneiderfunerals.com.