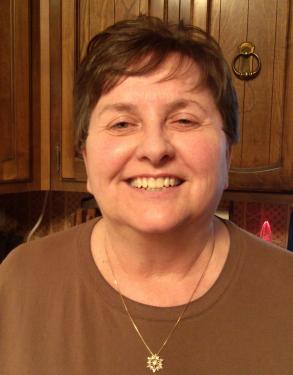 Linn County News
Published Nov. 29, 2017
Debbie Mangold, age 62, of Pleasanton, Kan., passed away on Nov. 22, 2017, at her home after an eight-year battle with frontal temporal dementia. She was born on Jan. 12, 1955, at Paola, Kan., the daughter of B.E. and Mary Allman Baxter.
Debbie grew up in the Fontana, Kan., area and graduated from Prairie View High School in the Class of 1973.
She was united in marriage on May 21, 1973, to Rod Mangold at La Cygne, Kan. They became parents to a son, Eric, and her life was devoted to being the best mother ever. She rarely missed anything Eric participated in.
Debbie and Rod operated Mangold’s Market in Pleasanton for 22 years. Debbie never met a stranger and said what she missed most about the market was the customers.
She was preceded in death by her parents; a brother, Bill Baxter; and two brothers-in-law, Gordon Davey and Johnny O’Conner.
Debbie is survived by her husband Rod; a son, Eric and wife Allison; two grandchildren, Jameson and Sutton; five sisters, Mary Lou Davey, Sharon Dickerson, Karen Ohlmeir, Nancy O’Conner and Betty Prothe; and several nieces and nephews.
Funeral service will be held 11 a.m. Thursday, Nov. 30, 2017, at the La Cygne United Methodist Church. Burial will be in the Oak Lawn Cemetery. Visitation will be held 5-7 p.m. Wednesday, Nov. 29, at the Schneider Funeral Home and Crematory Pleasanton Chapel.
The family suggests contributions to the University of Kansas Alzheimer’s Disease Center. Online condolences for the family can be left at www.schneiderfunerals.com.