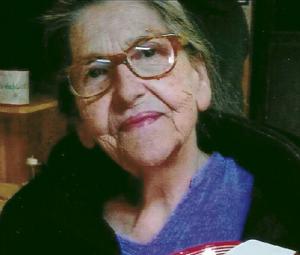 Della Louise (Manning) Morris of Blue Mound lost her battle to leukemia and went to be with her Lord on Feb. 21, 2017. She was born on June 24, 1943, in De Queen, Ark., and was the oldest of four girls born to Elmer and Elrene (Flood) Manning.
She was married to Robert Morris in March of 1979. She, along with her husband, was an avid OTR driver, and together they crossed the U.S. many times in their 15-year career.
In 1990 she and her family relocated to Blue Mound where she became an active member in her church and community, volunteering whenever and however she could.
She and her husband retired from OTR driving in 1997, and she quickly found her passion for helping others, which she carried until her end.
She was preceded in death by her parents and three sisters, Martha, Nona and (Alma) Ruth.
She is survived by her husband Robert of the home; son Paul Moeller of Blue Mound; daughter Keeko Moeller of Blue Mound; son Richard Moeller and wife Tammy of Leavenworth; and son Tod Moeller of Blue Mound. She is also survived by her five grandchildren; two great-grandchildren; numerous nieces and nephew; and countless others.
Hers is a spirit that has touched many lives and is one that will be greatly missed by all those who loved her.