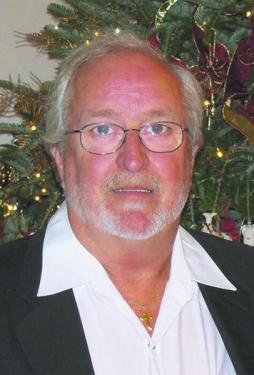 Dennis Ray Stokes, age 68, Centerville, Kansas died as a result of an accident Jan. 1, 2021. He was born on April 24, 1952, in Kansas City, Mo., the son of Rudolph and Odella Brace Stokes. He worked as a mechanic and then became an over the road truck driver. He was most recently employed as a school bus driver for Jayhawk USD #346. He was married to Sandra Greene on May 4, 1996.

Dennis was a member of the Mound City First Baptist Church and the Farlinville Grange. He loved his family, especially his grandchildren. Earlier in his life, he was a bull rider, enjoyed working on cars, always having one in the local demolition derby. He liked to relax and watch the Kansas City Chiefs and NASCAR; however, his favorite past time was mowing with his Bad Boy mower.

Funeral service will be at 6 p.m. Tuesday, Jan. 12, 2021, at the Mound City First Baptist Church. Visitation will be held from 4:30 p.m. to service time at the Church. The family requests that masks be worn. Contributions are suggested to the First Baptist Youth Fund or Linn County Care to Share. Online condolences can be left at www.schneiderfunerals.com. Arrangements: Schneider Funeral Home and Crematory, Mound City Chapel.