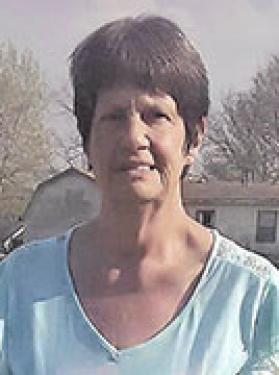 Diane always had jobs ranging from babysitting for 10 years when she was married to being a meat wrapper for Butcher Block under two different owners. She worked for Casey's for seven years and was a housekeeper under two different managements at Crystal Care Nursing Home. She worked for Prairie Farms Dried Florals under two different managements until their closing. She worked a short time at the cement plant in Mound City, as well as a brief stint at Wes' Recycling. After that she worked at Mound City Food Fair, and her final job before retirement was at Harlow Oil Co. She had many loves in her life, between her daughter, listening to The Wolf radio station, and making her own arrangements for Memorial Day, as well as harassing all her customers and friends from all walks of life.

She is preceded in death by her parents, Betty and Hap Jackson; and a brother, Dale W. Jackson.

Diane is survived by her daughter, Rachel Yvonn Jackson; sister-in-law Alicia Jackson; three nieces, Gretchen (Les) Magee, Meaghan (Matt) Russell and Caitlin (Zach) Wisely; and many cousins. She was deeply loved and will be sorely missed.

A Celebration of Life will be held from noon-2 p.m. Saturday, May 30, 2020, at the Mound City Amphitheater.