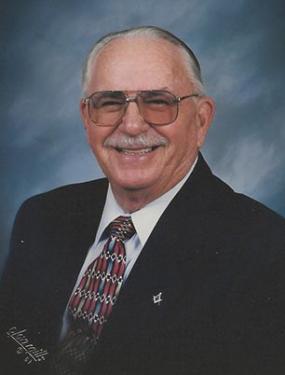 Donald Burnell Kelley, 93, of Mound City, Kan., died at his home on Saturday, Aug. 14, 2021. Don was born Jan. 5, 1928, in Enid, Okla., to Thomas Julius and Madge (Slaght) Kelley. While still a young boy, Don moved to California. At the age of 16 he joined the Merchant Marines, and in 1946 he enlisted in the Army Air Corps (which later became the U.S. Air Force). He retired from the Air Force in 1967 after selflessly serving his country for 21 years.

In 1947 he met the love of his life, Jane Hayden, on a blind date at Malibu Beach, Calif. They married on Feb. 3, 1948. She preceded him in death on Sept. 19, 2017, after nearly 70 years of marriage. During his military career, he and Jane, along with their daughters, lived in many places, including Alaska and France, but they always returned to California. In 1975 he and Jane moved to Mound City where he worked as maintenance supervisor for the city of Mound City until his retirement from civilian life in 1991. While living in Mound City, Don belonged to many organizations, most notably the Masonic Lodge. He and Jane became active members of the Mound City United Methodist Church and the Country Ramblers square dance club. Throughout his life he was extremely passionate about his love for God, family and country.