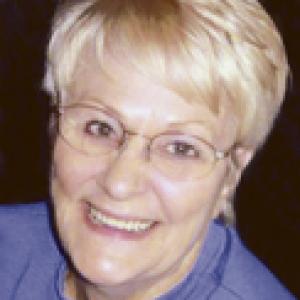 Donna Jean Holdridge, a resident of Mound City, Kan., passed away Wednesday, March 25, 2015, at her home surrounded by her loving family. She was born April 23, 1940, to Gladys and Ephrium Kepley. She graduated from Highland High School in Albuquerque, N.M. She graduated from the School of Cosmetology Albuquerque.
After moving to Fort Scott, Kan., in 1968, she worked 17 years for Mercy Health Systems of Kansas before retiring. She enjoyed spending time with all of her family, watching movies on her computer, and going to the Casino.
Survivors include her husband, Roy Cole Holdridge Jr. of the home; one daughter, “Missie” (Michaele Holdridge) Tillotson and husband Shawn; two sons, Roy Cole Holdridge IV and wife Julie, Redfield, Kan., Ronald E. Holdridge and wife Lora, Fort Scott; three grandsons, Dane Cagle, Kansas City, Mo., Lucas Holdridge, Redfield and Daniel Holdridge, Fort Scott; two granddaughters, Ronaele Cagle, Pleasanton, Kan., and Jennifer Menser-Roberts, Fort Scott; and many great-grandchildren whom she loved and cherished.
She was preceded in death by her parents, Ephrium and Gladys Kepley; two sisters, Carolyn K. Canon and Wilma Gamble; and one daughter, Ronaele Holdridge.
Rev. Anne Williams (The United Methodist Church of the Resurrection) conducted a celebration of her life Saturday, March 28, at the Cheney Witt Chapel, 201 S. Main St., Fort Scott, Kan. Memorials are suggested to Gentiva Hospice and may be left in the care of Cheney Witt Chapel, PO Box 347, Fort Scott, KS 66701. Words of remembrance may be submitted to the online celebration wall at cheneywitt.com.