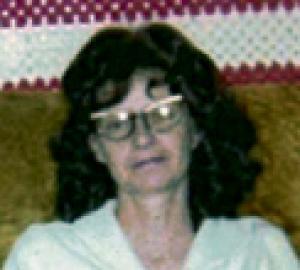 Donna Marie Watts, 78, Pleasanton, Kan. passed away Friday, Jan. 9, 2015 at the Olathe Medical Center. She was born Dec. 9, 1936 at Wheaton, Mo., the daughter of Roy and Emma May Harrison. She was united in marriage in 1958 in the State of Arkansas to Jerry Watts. Donna worked for the Pleasanton Unified School District #344 as a janitor and in food service Jerry preceded her in death May 12, 2002. She was also preceded in death by a brother, Ron Harrison.
She is survived by a son, Jimmy Watts and wife Stephanie; two brothers, Rocky and Dillard Harrison; a sister, Linda Basore; three grandchildren, Rylee, Weslie, and Renesmee; and a special niece, Ronda Harrison.
Funeral Service was held at 11 a.m. Tuesday, Jan. 13, 2015 at the Schneider Funeral Home and Crematory, Pleasanton Chapel. Burial was in the Pleasanton Cemetery. Visitation was from 5:30 to 7 p.m. Monday at the Pleasanton Chapel. Online condolences for the family can be left at www.schneiderfunerals.com. Arrangements: Schneider Funeral Home and Crematory, Pleasanton Chapel.