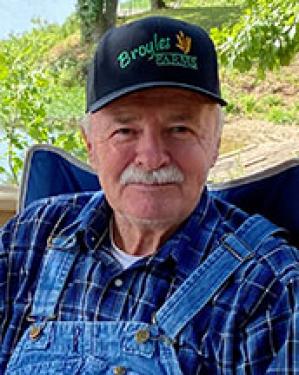 Dwayne Allen Broyles, 73, Blue Mound, Kan., died on Monday, May 31, 2021, at Olathe Medical Center, Olathe, Kan. Dwayne was born Oct. 16, 1947, to Allen Elbert and Wilma Ferrel (Hull) Broyles. He graduated from Blue Mound High School with the Class of 1965. On Nov. 13, 1966, he married Regina Ball. Dwayne was a passionate life-long farmer, winning the Conservation Award in 1992 and the Bankers Continuation Award in 2017. He was well known for his beautiful vegetable garden. His family and fishing were the joys of his life. Dwayne was a member of the Blue Mound Federated Church.

Dwayne was preceded in death by his father, Allen; one daughter, Lori Sue; one brother, Kevin; and one sister, Phyllis.

A funeral service for Dwayne will be at 2 p.m. on Friday, June 4, 2021, at Blue Mound Federated Church. A visitation will be from 5 to 7 p.m. on Thursday, June 3, 2021, at Schneider Funeral Home and Crematory, Mound City Chapel. Burial will be in Sunny Slope Cemetery, Blue Mound, Kan. The family suggests contributions to Blue Moon Youth Center, c/o Schneider Funeral Home, PO Box J, Mound City, Kan. 66056.

Friends and family may leave online condolences at www.schneiderfunerals.com.