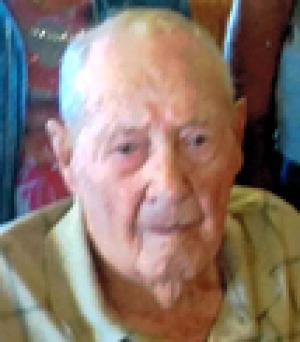 He married Laurel Bloomfield on June 25, 1938. Together they ran a truck line and produce store in Fulton. He then ran equipment for Charles Murray, later ran a filling station in Prescott and finally retired as a janitor from Prescott School.

He was a member of the Prescott United Methodist Church, Volunteer Fire Department and Prescott City Council.

He was preceded in death by a son, Joe White; a daughter, Reba Ann White; two brothers, Frank and Jim; and four sisters, Leta, Fern, Carrie and Gladys.

Funeral service was Friday, May 27, 2016, at the Prescott United Methodist Church, Prescott. Burial was in the Barnesville Cemetery. The family suggests contributions to Guest Home Estates or Mercy Hospice. Online condolences for the family may be left at www.schneiderfunerals.com. Arrangements: Schneider Funeral Home and Crematory, Pleasanton Chapel.