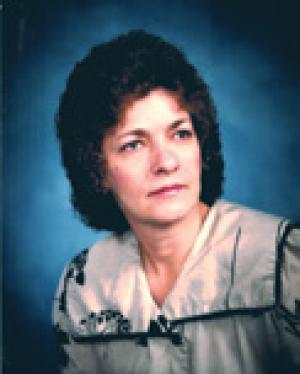 She graduated from Miami High School and received her nurse aide training.

On Dec. 27, 1964, she married Raymond E. Holsman in Butler, Mo. They had two daughters and when her girls were young she spent many hours leading Brownies, Girl Scouts, 4-H and Pleasanton Jayettes. She truly enjoyed the many miles she traveled taking her girls and other children to church camp and softball games.

When the girls reached junior high, she began working outside the home as a cook and CNA at Pleasant View Manor and then as a CNA at Prescott Country View from which she retired. However the “job” Elda enjoyed the most was being a grandma to her grandchildren and great-grandchildren for whom she made beautiful baby blankets. She also enjoyed genealogy, crocheting, sewing, garage sale shopping and spending time with her family.

Survivors include her husband, Raymond Holsman of the home; two daughters, Kathy Secrest and husband Jesse of Pleasanton and Heidi Martinez and husband Joe of San Antonio, Texas; three sisters, Glenda Dudley and soon-to-be husband George Ahrens of Boone, Iowa, her twin sister, Velda Holsman and husband James of Pleasanton, and Brenda Newson and husband John of Haughton, La.; two brothers, Roland Dean Dudley and wife Kathy of Waxhaw, N.C,. and William Merle Dudley and wife Ganelle of Springdale, Ark.; three stepbrothers, Ronnie Hess and wife Wanda of Grandview, Mo., Darrell Hess and wife Linda of Hume, Mo., and Kermit Hess and wife Orlene of Belton, Mo.; 10 grandchildren, Kelsey, Kaitlyn, Shawn, Jacob, Mason, Morgan, Erika, Autumn, Hunter and Caleb; and two great-grandchildren, Hudson and Emmi. Elda was looking forward to a new great-grandbaby in January; and a host of nieces and nephews who meant so much to her as well.