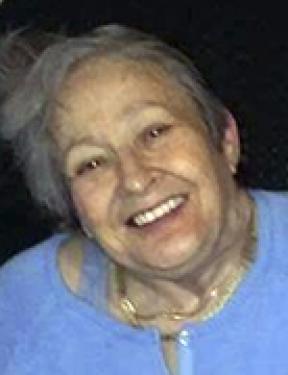 Elizabeth Ann Florez, age 75 of Clinton Missouri, passed away in Pittsburg, Kan., Sunday, March 28, 2021. Known to all her family and friends as Liz, she was born on Aug. 1, 1945, the daughter of Lawrence and Imo Johnson Leach, in Sheldon, Mo. She was a die-hard Chiefs fan, who loved watching drag racing, collecting lions, was an avid home shopping connoisseur, and most of all, spending time with her children, grandchildren, and great-grandchildren. Liz had a larger than life heart, even in her toughest times she always made the very best of it, seeing the good in anything, and anyone. As a born again Christian, she held strong to her faith in her Lord and savior, that he would carry her through. As firmly as she held her faith, her "words of wisdom", held the same. Liz was never afraid to give you insight, opinion, or if you were one of the kids, a good "what's what" of a talking to. Liz was nothing short of a big hearted, head-strong angel that God placed on this earth, to teach the ones closest to her, some of life's greatest lessons.
She was preceded in death by a son Michael (Mikie) Senter and brother, Scotty. Liz is survived by her daughter Debbie Gibson (Danny); her son Larry Senter (Holly); two grandchildren, Stefanie and Tiffanie (Michael); six great-grandchildren, Kenny Madisann, Leah, Sidnie, Danica, and Cale; along with many other family and friends she's held near and dear to her heart through the years. The family is planning a celebration of life, at a later date. The family suggests any contributions be made to a church of your choosing.