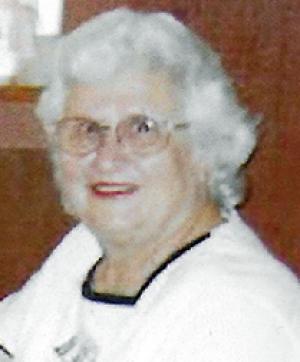 Elma Jean Holmes Casida, age 87, Platte City, Mo., formerly of Prescott, Kan., passed away on Monday, Dec. 7, 2020. She was born on June 15, 1933, in Prescott, Kan., the daughter of Harold and Marguerite Coon Holmes. She graduated from Prescott High School. She was united in marriage to Donald Casida on Dec. 24, 1950. To this union, five children were born. Donald preceded her in death on Dec. 4, 1980. She then married William Pierce. He also preceded her in death. She later married Earl Avery who also preceded her in death. A son, Jay Casida, and two brothers, Milton and Jay Holmes, preceded her in death as well. Elma was a hard worker who held many different jobs. She worked at Braemoor's Sewing Factory, as Prescott City Clerk, at Bakers and Whiteside Grocery Stores, Westlake Hardware and in real estate. She was a member of the Prescott Baptist Church. She enjoyed playing the piano, gardening, spending time with her family and traveling. Elma is survived by her children, Donald Casida, Diane Gover, Alan Casida, and Janet Casida; a brother, Leon Holmes; four grandchildren and seven great-grandchildren.

Graveside funeral service will be 2 p.m. Thursday, Dec. 10, 2020, at the Prescott Cemetery. Individual respects and guest registry are from 8:30 a.m. to 1 p.m. Thursday at the Schneider Funeral Home and Crematory, Pleasanton Chapel. Contributions are suggested to the Heritage Village Activity Fund, c/o Schneider Funeral Home, P.O. Box 525, Pleasanton, Kan., 66075. Online condolences can be made at www.schneiderfunerals.com.