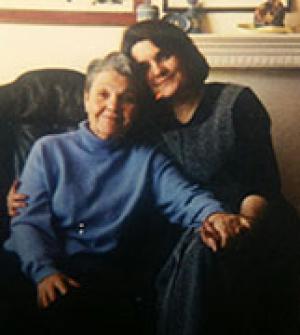 Eloise Evonne Frisbie Robbins, formerly of Belton, Mo., passed away peacefully Oct. 27, 2020, in Freeman, Mo., at the home she shared with her daughter Jessie and son-in-law Terry Carter.

Eloise Robbins was a month shy of her 90th birthday, Nov. 24.

Born in Gallup, N.M., in 1930, “Ellie” was the first child and only daughter of Letha L. Lowe and Arthur Elliott Frisbie. After the arrival of two brothers, Lowe and Lynn, the family relocated back home to Kansas in the Mound City/Pleasanton area. A teaching/coaching opportunity for her father took the family to Fort Scott, Kan., where Eloise welcomed her youngest brother Steve, graduated from high school, and attended Fort Scott Junior College. From there Eloise attended Emporia State Teachers College where she almost got a degree. Instead, she married James Howard Robbins on Aug. 10, 1952. Years later she obtained her teaching degree from Pittsburg State University and a master’s degree from Webster College. She’d later tell her daughters, “First you get your degree. Then you get married.”

Eloise spent much of her adult life as a working mother raising five children and teaching upper elementary school in Suffield, Ohio, and Belton, Mo., at Cambridge Elementary. She shared with her kids (both her own and the ones in her classroom) her love of music – Eloise was an avid opera fan, going to the Metropolitan Opera in New York as often as she could – and of history. In 1978, Eloise was presented the Edgar Langsdorf Award for Excellence in Writing by the Kansas Historical Society for her scholarly research and writing on the original military post road between Fort Leavenworth and Fort Scott, 1978summer_robbins.pdf (kshs.org). Among her other interests included mystery writing and reading, needlework, gardening and travel. By the time she was 70, she’d traveled the world extensively, making trips to every continent, including Antarctica. In her later years, she mostly enjoyed being “Greatma” to her 19 great-grandchildren. She had three girls named after her.

Eloise was active in attending church at St. Peter’s Episcopal in Harrisonville, Mo., and St. Anne’s Episcopal in Lee’s Summit, Mo., until her health prevented it. Her philanthropic interests included The Carter Center, The Salvation Army, and The Trading Post Museum.

Eloise was loved. She will be missed.