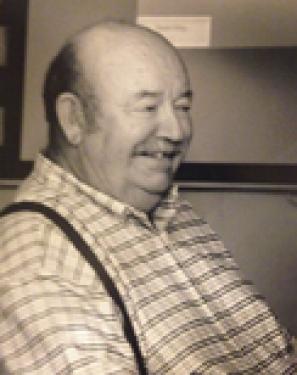 Elver J. “Punk” Kellstadt, 80, of Mound City, Kan., passed away April 9, 2015, at the Prescott Country View Nursing Home in Prescott, Kan. He was born Jan. 23, 1935, at Blue Mound, Kan., the son of Jay and Shelda McGee Kellstadt.
He married Jeanette Vaughn June 30, 1957, at the Wall Street Christian Church. He worked at various jobs, but will be remembered most for his time working at Co-Op where he spent most of his time delivering fuel and propane. He helped with Boy Scouts and was a member of the Mound City Christian Church.
He was preceded in death by his parents; and four grandchildren, Trevor, Nicholas, Brooke and Blade.
He is survived by his wife, Jeanette; sons, Robert Kellstadt and wife Rhonda, and Duane Kellstadt and wife Lisa; daughters, Debbie Snyder and husband Ron, and Vickie Hamlin and husband Clarence; eight grandchildren, Joshua, Brett, Blake, Clayton, Briar, Elijah, Annaliese and Cade; and two great-grandchildren, Hunter and Beau, and a third, Paxton, who is expected shortly.
Funeral service was held Tuesday, April 14, 2015, at the Mound City Christian Church. The family suggests contributions to Mound City Christian Church which may be made in care of Schneider Funeral Home and Crematory, P.O. Box J, Mound City, KS 66056. Online condolences for the family may be left at www.schneiderfunerals.com. Arrangements: Schneider Funeral Home and Crematory, Mound City Chapel.