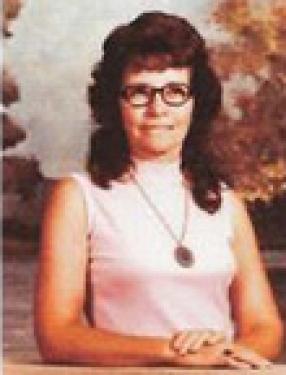 Eva Marie Conley LaMar Frazee passed away on Monday, June 13, 2022. She was born May 16, 1927, in Bacca County, Colo., the daughter of Arthur Leonard and Ruth Elizabeth (Hensley) Conley. She attended the Mesa View Grade School in Colorado. At the age of eight,

she moved with her family to Linn County, Kan. There she attended Stony Point and Fair

View grade schools and the La Cygne and Pleasanton high schools. After graduation from

Pleasanton High School in 1945, she was employed by the Braemoor Coat Factory in Paola, Kan. In 1946, she attended Pittsburg State Teachers College in Pittsburg, Kansas. She then taught in the Boicourt Grade School.

On Aug. 10, 1947, she was united in marriage to Harvey A. LaMar in La Cygne, Kan. To this union, one daughter and three sons were born. Eva was a member of the First Christian Disciples of Christ Church in Olathe, Kansas, where she

sang in the church choir and was active in many church functions including: Youth Leader, Sunday School Teacher, Librarian, Secretary and President of the Christian Women’s Fellowship Group. Eva was active in the Little League Baseball Mothers Club for many years. She was a

life member of the VFW Women’s Auxiliary, VFW Post 3712. She was a member of NARFE Chapter 2098 and KOFPS Marmaton Valley, Fort Scott, Kan. Eva worked for the TG&Y store and Patrons Insurance in Olathe, Kan. She worked for the IRS in Kansas City, Mo., from 1960 to 1964, the Selective Service in Olathe, Kan., from 1966 to 1968, and the United States Department of Agriculture from 1968 to 1992. After retirement, she worked part time for

Eva was united in marriage to John W. Frazee on Jan. 3,

Contributions are suggested to St. Jude Children’s Hospital. Online condolences can be left at