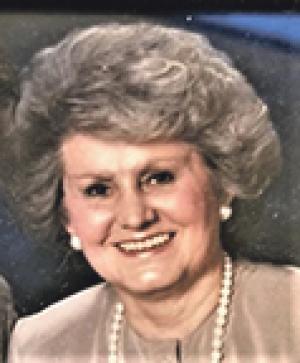 Fauna Belle Kemper went to be with her Lord and Saviour on Jan. 24, 2022. She was born on June 11, 1930, and was greeted in heaven by her parents, Jesse and Louise Hobson; her stepmother, Frances Hobson; her husband, Ernest Kemper; her brother-in-law and sister, Roy and Ferne McRae; Ronald Hobson; and her nephew, Larry McRae.

Fauna was raised in the La Cygne, Kan., area and attended La Cygne High School, where she met her beloved husband.  When Ernie’s service in the army concluded, they relocated to Lancaster, Calif., where Ernie worked for Southern California Edison. After a successful career at General Electric on the Edwards Air Force Base, Fauna retired in 1990.

Fauna moved to Oak Creek, Wis., in 2017 to be near her family and enjoyed the time she spent with her sister, Ferne; niece, Georgia McRae; and great-nephew, Timothy McRae. Fauna will also be missed by her Kemper in-laws, nieces and nephews, as well as her many friends in Lancaster, Calif. The family extends a grateful thank you to the staff at Ramsey Woods Assisted Living Facility in Cudahy, Wis., for the wonderful care Fauna received in the last year.