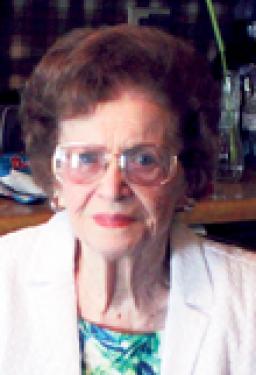 Francies Campbell, age 88, Prescott, Kan., passed away on Thursday, Nov. 10, 2016, at Prescott Country View. She was born near Hepler, Kan., on March 23, 1928, the daughter of John and Mary Olive Wilcox Henderson. She graduated from Pleasanton High School.

She worked as office manager at the Fort Scott Sales Company for many years with her husband. She was also a rancher who took part in the daily operations of running cattle. She was a woman who loved being outdoors, whether it was working in the yard, horseback riding or fishing. She was also a talented homemaker who enjoyed cooking and baking.

She was preceded in death by her parents; a son Clifford Campbell; and a sister Emery Henderson.