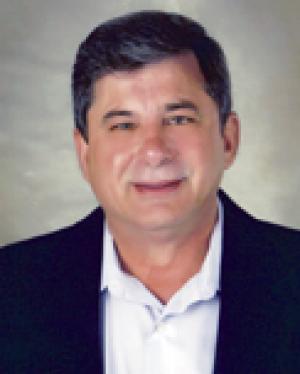 Gary Donald Bukowski, 64, resident of Fort Scott, Kan., died Sunday, April 12, 2015, at Mercy Hospital, Fort Scott. He was born Dec. 2, 1950, in Kansas City, Mo., the son of Richard and Fern Booth Bukowski.
He graduated from Blue Mound High School and Pittsburg State University. He worked as a CPA for Diehl, Banwart, Bolton, CPA Firm, Key Industries, and Extrusions, all of Fort Scott.
Gary served as a Fort Scott city commissioner for seven years and mayor for two years. He enjoyed golf, karaoke, and taking cruises to beach destinations. He played pool in a league, dominoes on Sundays, and loved watching anything sports related on ESPN. He was a member of the local Elks lodge. He was an avid fan of his grandchildren’s sports teams.
Survivors include his wife Penny of the home; two sons, Nathan Bukowski and wife Christy, Lawrence, Kan., and Joe Bukowski and wife Angela, Pittsburg, Kan.; two daughters, Darcy Bukowski, Lawrence, Kan., and Jill Schafer and husband Alex, Fort Scott; two brothers, Leo Bukowski and wife Terry, San Antonio, Texas, and Roy Bukowski, Fort Scott; eight grandchildren; as well as several nieces and nephews.
He was preceded in death by a son, Eric Bukowski; a brother, Ray Bukowski; and his parents.
There was cremation. Rev. Chuck Russell will conduct celebration of life services at 10 a.m. Saturday, April 18, at the Cheney Witt Chapel. The family will receive friends from 5-7 p.m. Friday evening at the Chapel. Memorials are suggested to either The Beacon or Elk’s Christmas Baskets and may be left in care of the Cheney Witt Chapel, PO Box 347, 201 S. Main, Fort Scott, Kansas 66701.
Words of remembrance may be submitted to the online guestbook at cheneywitt.com.