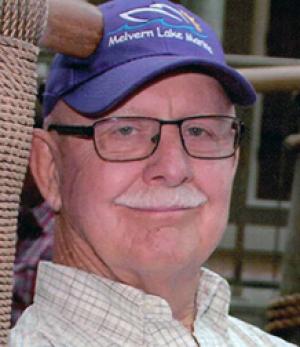 George Roy Jackson, age 77, of Yates Center, Kan., passed away Thursday, March 25, 2021. He was born on May 17, 1943, in Madrid, Neb., the son of Louis and Eileen Jackson. He graduated from Parker High School. George was united in marriage to Carolyn Sue Booth on Aug. 20, 1961, in Republic, Mo. George loved the Lord Jesus and went to church on a regular basis.

He had several different occupations, including General Motors and retired as an operations manager for Kansas City Power and Light. While working at KCP&L, he also had a farming operation, which he enjoyed immensely. He and his wife spent many weekends making unforgettable memories camping, boating and fishing with their loved ones. He also enjoyed riding and taking care of his horses. He was known for his love of people and sense of humor and will be missed by many. After retirement, George and wife Sue traveled many places. They particularly enjoyed going to Texas for the winter. He considered his family to be the most important part of his life. He and Sue greatly enjoyed spending time with their kids, grandkids and great-grandkids.

Visitation was scheduled for Tuesday, March 30, 2021, from 5-7 p.m. at Schneider Pleasanton Chapel. The funeral service will be held Wednesday, March 31, 2021, at 11 a.m. at the Schneider Funeral Home and Crematory, Pleasanton Chapel. Graveside services will be held after the funeral at the Yates Center Cemetery at 2 p.m. Wednesday. In memory of George contributions may be made to the American Heart or American Diabetes Association c/o Schneider Funeral Home, P.O. Box 525, Pleasanton, Kan. 66075.