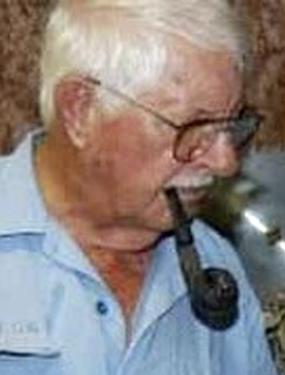 George Wellington Jeffers, was born July 2, 1930, in Centerville, Kan. George passed on March 27, 2019, while residing with Parkview Heights Skilled Nursing Home and Rehabilitation located in Garnett, Kan. George was the fourth child and only son of parents Earl and Ellen (McCoubrie) Jeffers.

George grew up in Linn County, Kan. He graduated from Blue Mound High in 1948. He enlisted in the U.S. Army and served in Korea. As a young man, George joined the Masons.

During his later high school years, he met Eva Nadine Jeffers. They married on Sept 22, 1950. From that union they had five children.

George graduated from Kansas State and earned an Architectural Degree. In 1957, the young couple with three small children moved to California and lived there from 1957-1988 when, as senior adults, they moved back to Kansas and settled in Centerville, Linn County.

With moving back to Kansas to retire in 1988 in Centerville, he continued being involved with the Masonic Order and raised a DeMolay Chapter. He also received his 33rd Degree from the Grand Lodge of Masons for his Masonic work.

Funeral service will be at 11 a.m. Saturday, April 6, 2019, at the Schneider Funeral Home and Crematory, Mound City Chapel. Visitation will be held from 10 a.m. to service time, Saturday, April 6, at the chapel. Private family burial will take place after the service.

The family suggests contributions to Shriners Children's Hospital. Online condolences may be left at www.schneiderfunerals.com.