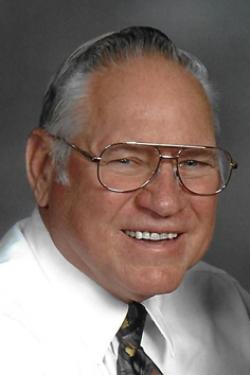 Glenn Allen Riley, age 81, of Sugar Valley Lakes near Mound City, Kan., passed away on Saturday, May 5, 2018, at Prescott Country View. He was born on May 31, 1936, at Oklahoma City, Okla., the son of Lewis and Beulah Lewis Riley. He graduated from Parker High School in the Class of 1954.
He married Josephine Wilson on June 1, 1955.
He proudly served his country in the United States Air Force.
He was a member of the Sheet Metal Workers Union Local No. 2. He worked most of his career as a golf cart mechanic for EZ Go in Olathe, Kan. He was a talented woodworker and carpenter as well.
Glenn was a member of the Mound City Christian Church and the American Legion Hewitt New Post No. 248.
He was preceded in death by his parents and a sister, Rosa Louis Eastwood.
Glenn is survived by his wife Josephine; a daughter, Teresa Riley; two grandchildren, Andre and Savannah Rentie; five great grandchildren, Jaxen, Jensen, Jhett, Leland and Gabriella; and five nieces, Joanne, Linda, Debbie, Denise and Brenda.
Funeral service will be held 11 a.m. Wednesday, May 9, 2018, at the Schneider Funeral Home and Crematory, Mound City Chapel. Burial will be in the Mapleton Cemetery. Visitation will be held from 10 a.m. to service time at the Mound City Chapel.
The family suggests contributions to Avalon Hospice or Mound City Christian Church. Online condolences can be left at www.schneiderfunerals.com. Arrangements: Schneider Funeral Home and Crematory, Mound City Chapel.