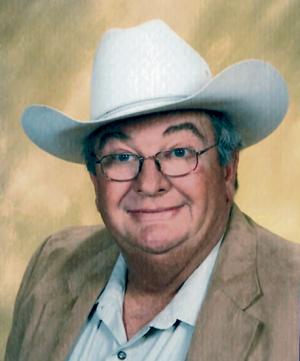 Gregory Breuel, age 60, Mound City, Kan., passed away on Friday, March 24, 2017, at his home. He was born on Aug. 29, 1956, at Paola, Kan., the son of Donald and Lois McCarty Breuel. He graduated from Prairie View High School.
Greg married Vicki Bruner. To this union, one daughter, Jami, was born. He later married Jackie Mathews on July 27, 1997.
He worked for Kansas City Power & Light at the La Cygne Generating Station. He most recently was active in Breuel Angus Cattle Co. and Wildcat Exploration.
Greg was a member of Sacred Heart Catholic Church, Knights of Columbus and the American Angus Association. He enjoyed playing cards, quail hunting, fishing, golfing, KU basketball, Royals baseball and Chiefs football.
He was preceded in death by his parents.
He is survived by his wife Jackie; daughter Jami Leonard; son Jake Miner and Elizabeth; daughters Jamie and Jodie Miner; brother Larry Breuel and Trish; sisters Pam Johnson and Jim, and Tammy Peterson and Kelly; and 10 grandchildren.
Mass of Christian burial was held Tuesday, March 28, 2017, at Sacred Heart Catholic Church, Mound City. Burial was in Woodland Cemetery. Rosary was prayed Monday, March 27, at the Schneider Funeral Home and Crematory, Mound City Chapel.
Contributions are suggested to Sacred Heart. Online condolences for the family may be left at www.schneiderfunerals.com.