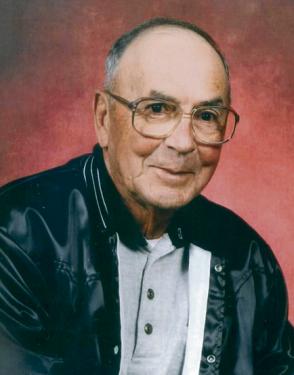 Gurdon L. Olson, age 87, of Greeley, Kan., passed away on Wednesday, April 5, 2017, at Richmond Healthcare in Richmond, Kan. Gurdon was the fourth of nine children born to Enor and Beulah (Richardson) Olson. He was born on July 4, 1929, at Harris, Kan.
Gurdon graduated from Garnett High School in Kansas in 1948.
Gurdon was a veteran of the Korean War, serving in the U.S. Army from 1950-1952.
Gurdon was united in marriage to Ellen Darlene New on Dec. 19, 1953, at the First Christian Church in Garnett. This union was blessed with some of their six children.
Gurdon worked at Seymour Packing Co. as a young man; he then worked for Burlington REA putting in electric poles from Burlington to Garnett. Following his time in the service, he worked for Bud White as a ranch hand before working at Goodyear Tire Co. in Topeka. Gurdon then began farming and raising farm animals including milk cows, selling dairy milk to Pet Milk Co. In addition to his farming, he also worked at the Anderson County Sale Barn and GEM Farm Center. Gurdon retired from farming in 1987 and then worked for Caldwell Farms and Caldwell Enterprises. After selling his farm equipment in 1987, they moved to their current home in Anderson County in 1988.
Gurdon was preceded in death by his parents; three brothers, Clinton, Archie and Herb; one sister, Evelyn Wharton; brothers-in-law Glen Wharton and Bob Harrington; and sister-in-law Barbara Olson.
He is survived by his wife Darlene Olson of the home; his six children, John Olson and wife Jackie of Garnett, Jerry Olson of Parker, Kan., Joe Olson of El Dorado, Kan., Cindy Steele and husband Gary of Garnett, Angie Vaughn and husband Brian of Mound City, Kan., and Jeff Olson of Garnett; 16 grandchildren; 16 great-grandchildren; four sisters, Florence Johnson of Ottawa, Kan., Ruby Harrington of Wichita, Kan., Helen Hartshorn and husband Jim of Wichita, Margaret Lankard and husband Jim of Garnett; and two sisters-in-law, Marian Olson of Overland Park, Kan., and Dorothy Olson of Emporia, Kan.
Funeral services were held Monday, April 10, 2017, at the First Christian Church in Garnett.
Memorial contributions may be made to Crossroads Hospice and left in care of the funeral home. Condolences may be left for the family at www.feuerbornfuneral.com.