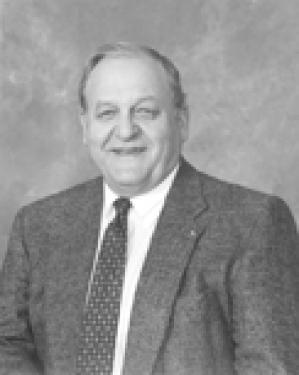 Harold Mooney Jr., 90, of La Cygne, Kan., the son of Harold and Mabel Hahn Mooney, died Sept. 30, 2014, at the Louisburg Healthcare Center. He was born April 3, 1924 on the family farm northeast of La Cygne in rural Linn County, Kan.
His first eight years of school he attended New Home, a one-room school house, and later graduated in 1942, from La Cygne Rural High School.
On July 29, 1944 Harold married Vivian Fannan in Olathe, Kan. They bought the neighboring farm east of where Harold was born, and raised two sons, Larry and Robert Mooney. Harold was farming during this time; then in 1951, the year of the Big Flood, his crops flooded so he started to work as a machinist for Westinghouse in Kansas City. He worked in the city and farmed for the next several years.
Harold then moved from the farm to La Cygne and married Maxine Miller Norton on Oct. 28, 1966, in La Cygne, Kan.
Harold, or Junior as he was known by many, later owned and operated Mooney Construction, building many houses in the area. He was a member of the La Cygne United Methodist Church, a member of the Peoples LLC Board of Directors for 34 years, a Linn County Commissioner for eight years, a member of the La Cygne City Council, the La Cygne Fire Department, the Masonic Lodge # 61 and the Mirza Shriners of Pittsburg, Kan. Upon retiring, Harold busied himself making patio furniture, lamps, candlesticks, pens and pencils for family and friends. His most enjoyable hobby was making wooden toys for grandchildren, children and friends. Harold made all kinds of toys, but he especially enjoyed making farm machinery - taking him back to his childhood and the farm.
Harold was preceded in death by his wife, Maxine; his parents; a sister, Marjorie Nadine Mooney; and a son, Robert Lee Mooney.
He is survived by son, Larry Mooney and wife Jeanette of Paola, Kan.; son, Jim Norton and wife Carol of Hickory Creek, Texas; daughter, Beverly Norton Awalt and husband John of Fairfield, Texas; 11 grandchildren; and 14 great-grandchildren.
Visitation will be held at 2 p.m. followed by a memorial service at 3 p.m. on Oct. 18 at the Schneider Funeral Home in La Cygne. Graveside services will be conducted with family members at the Oak Lawn Cemetery before the memorial service.
Memorials have been established in his name for the La Cygne Methodist Church and the La Cygne Library. Memorials may be sent to the Schneider Funeral Home, Box 304, La Cygne, KS 66040. To leave condolences online for the family, please visit www.schneiderfunerals.com.