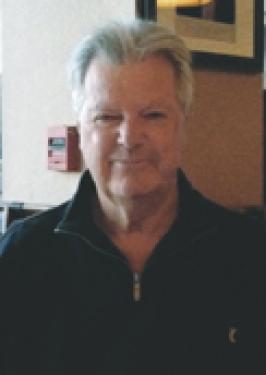 Jim Norton never met a stranger and was a true friend to everyone who knew and loved him.
Jim died unexpectedly Feb. 14, 2015. He was born Nov. 11, 1944, to Maxine and Junior Norton. He was a joy to his parents and learned to love the land and all of nature from them. He drove a tractor by age ten and worked many days alongside his dad on their farm east of La Cygne, Kan. Jim was active in 4-H, sports and music and graduated from La Cygne High school in 1962. Jim took over the family farm that year after the death of his father. In the late 1960s, Jim moved to Texas and began a successful career selling commercial real estate. He was actively involved in that business until his untimely death.
Jim’s hobbies were football, cooking and travel. He and his wife, Carol, found their paradise in Belize and spent wonderful times there with new friends and family. His chicken fried steaks were a favorite with his Belize friends. He loved to cook for friends and family and most weekends found him and Carol entertaining with a lovely view of Lake Dallas as the backdrop. Jim enjoyed life and lived it to the fullest every day. Many wonderful family memories were made during his seventy years.
Jim was preceded in death by his father, Harry Norton Jr.; mother, Maxine Norton Mooney; stepfather, Harold Mooney Jr.; stepbrother, Robert Mooney; grandparents, Earl and Ida Miller, and Harry and Bonnie Norton.
He is survived by his wife Carol Norton; daughters, Jamie Norton Chambers and husband Jerry of La Cygne, Jill Norton VanLerberg of Spring Hill, Heather Norton Seward and husband Scott of Windermere, Fla.; stepdaughters, Fionna of Dallas and Eileen McEvoy of Houston; sister Beverly Norton Awalt and husband John of Fairfield, Texas; brother, Larry Mooney and wife Jeanette of Paola; eight grandchildren; and nieces, nephews and his beloved pets.
Services will be held at the Schneider Funeral Home in La Cygne, Kan., 2 p.m., Saturday, Feb. 21, 2015. Visitation will be at 1 p.m. and the service at 2 p.m. Interment is at Oak Lawn Cemetery. In lieu of flowers, donations may be made to the American Heart Association or a charity of choice.
On line condolences for the family may be left at www.schneider funerals.com. Arrangements: Schneider Funeral Home and Crematory, La Cygne Chapel.