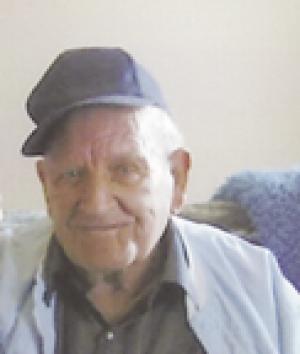 Herschel Leon Vail, 89, passed away Sunday, Dec. 7, 2014. He was born at Boicourt, Kan., on Oct. 31, 1925, the son of Raymond and Leona Dodge Vail.
He married Nancy Wisdom April 25, 1954.
He served his country in the United States Navy during World War II. Herschel owned and operated a trash disposal service and was an ordained minister.
He was preceded in death by three sons, Darrell, Dennis and Chris Vail; one brother, Leland Vail; and one grandchild, Candice.
He is survived by his wife Nancy; two sons, Kenny and Curtis Vail; four daughters, Sharon Tennison, Ruth Quirk, Linda Richey and Vicky Vail; one brother, Herman Vail; three sisters, Vivian Bright, Fern Breashear and Joan Stinnett; 16 grandchildren, 14 great-grandchildren; and one great-great-grandchild.
Memorial service will be held 11 a.m., Wednesday, Dec. 10, 2014, at the Schneider Funeral Home and Crematory, Pleasanton Chapel. Visitation will be held from 10 a.m. to service. Private inurnment will be in the Woodfin Cemetery, Foster, Mo. The family suggests contributions to the Nevada Regional Hospice. Online condolences for the family may be left at www.schneiderfunerals.com. Arrangements: Schneider Funeral Home & Crematory, Pleasanton Chapel.