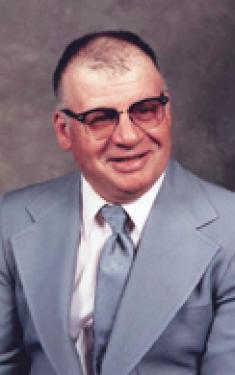 Howard was the third of seven children born to Walter and Elsie Mae (Mateer) New. He was born Oct. 23, 1925, at Archie, Mo. He started school in Baldwin when he was 5 and then attended high school at Bronaugh, Mo., when the family moved there.

Howard was married to Marion Murphy on May 1, 1944, at Girard, Kan. They became the parents of four children. In 1960, Marion preceded Howard in death.

Howard and Marjorie Ann Irvine were united in marriage on June 5, 1961, at Garnett, Kan. They made their home in Princeton, Kan., then Centerville before moving to Osawatomie in July 2009.

Visiting with neighbors was one of Howard’s favorite pastimes. He also enjoyed fast pitch softball in his younger years and he had been known for his coon hunting skills in the past.

He was a member of the Princeton Christian Church.

He was preceded in death by his parents; one brother, Kenneth New; two sisters, Lydia Jo Kurtz and Opal New; and two sons, Walter and Jimmy.

Funeral services were held Monday, June 30, 2014, at Penwell-Gabel Funeral Home, 605 O’Neal Ave., Osawatomie, KS 66064. Private burial will be held at a later date. Memorials are to the American Heart Association or Heartland Hospice.