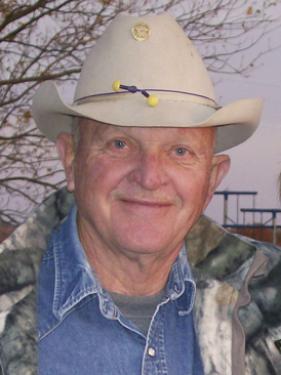 Hubert A. “Harvey” Taylor Jr., age 76, of Pleasanton, Kan., passed away in the home on Thursday, May 21, 2015. He was born at Harrisonville, Mo., the son of Hubert A. Taylor Sr. and Virginia Mae Plumb Taylor.
He graduated from Harrisonville High School in 1956, after which he proudly served his country in the United States Air Force. He was stationed in Little Rock, Ark., where he became a radar technician on B47s. After the Berlin Wall was built and Bay of Pigs occurred, he left the military after six years of service to be with his family in Harrisonville. H.A. was very proud of his military career and many times mentioned how much he enjoyed his time served.
After leaving the military, he worked for a brief time at Bendix Corp. before he was hired at Kansas City Power & Light, where he retired 30 years later as Air Quality Control Supervisor at the La Cygne Generating Station. He had many fond memories of his time at KCP&L and gained many friendships along the way.
During his employment at KCP&L, he continued his involvement in law enforcement. Stories from John Wall’s gun store in Blairstown, Mo., kept many a listener at attention or in stitches. Stories included shootouts, human relation events and, most often, a story of his first love – a special firearm.
H.A. worked for the Linn County Sheriff’s Department for over 20 years, beginning with Sheriff Jim Mizer, ending when Sheriff Marvin Stites retired in January of 2008 after numerous reelections. H.A. was known throughout the county as a fair, honest – yet tough – law enforcement officer. He was trusted by all on the force as someone who had their back in the roughest of situations.
After his retirement from law enforcement, he began giving concealed carry classes, often showing many in the classes the finer points of firearm safety, home safety and more. He was a powerful advocate of the National Rifle Association and believed strongly in our nation’s Second Amendment.
He was married to Jacquelyn Emerson on Sept. 23, 2006, and was a member of the Pleasanton First Christian Church.
He greatly enjoyed the outdoors, hunting, shooting and trapshooting; with that, he was a member of the NRA, NRA Second Amendment Task Force, Kansas Trapshooting Association and the Amateur Trapshooting Association.
He was preceded in death by his parents. He is survived by his wife, Jackie Taylor; sons Chuck Taylor and wife Barbara, Chad Taylor and wife Nicole, and Russell Taylor; daughters Teresa Fry and husband David, and Kathy Gupton and husband Nicholas; stepson Kyle Walker and wife Berenice; sister Janette Clapper; and 17 grandchildren and seven great grandchildren.
Funeral services will be held at 11 a.m. Thursday, May 28, at the Pleasanton First Christian Church. Burial will be in the Fisher Cemetery. Visitation will be from 5-7 p.m. Wednesday, May 27, at the Schneider Funeral Home and Crematory, Pleasanton Chapel. The family suggests contributions to the Harvey Taylor Memorial Fund. Online condolences may be left at www.schneiderfuneral.com. Arrangements: Schneider Funeral Home and Crematory, Pleasanton.