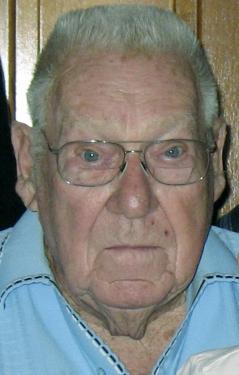 Jack worked for the Union Pacific Railroad for over 30 years. He started out shoveling coal to power the steam engines and worked his way up to engineer.

In 1991, Jack and Anna moved to Mound City from Tonganoxie, Kan. Jack was a member of the Brotherhood of Locomotive Engineers.

Jack was also preceded in death by two brothers, Robert A. and Ralph Bailey.

Survivors include two sons and their wives, William "Bill" and Sheila M.Bailey, and Ralph and Karen L. Bailey; one daughter and her husband, Dianna and Leon Mecham; six grandchildren; and 11 great grandchildren.