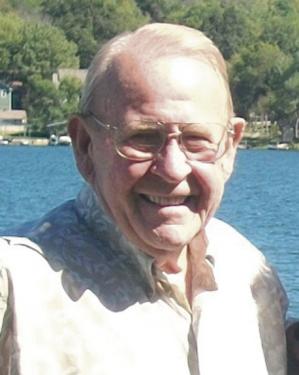 Linn County News
Published July 12, 2017
Jack Leon Hardin, 78, of Sugar Valley Lakes near Mound City, Kan., died on Thursday, July 6, 2017, at his home. Jack was born Dec. 2, 1938, in Zeigler, Ill., to Forest Jackson and Mary Margaret (Walker) Hardin.
He worked at different occupations during his life, including the United States Postal Service and most recently as a driver for Geiger Redi-Mix. However, he considered his most important role as an ambassador for Christ having started to live wholly for our Lord in 1971.
On Dec. 22, 1972, Jack married Nancy Fridel. In June 2010 Jack and Nancy moved to Sugar Valley from Kansas City, Kan.
Jack was an active member of Mound City Christian Church. He spent many relaxing hours fishing near his home.
Jack was preceded in death by his parents; and one son, Charles William “Butch” Hardin.
Survivors include his wife, Nancy; one daughter and her husband, Jan Lea and Brian Thompson; two sons and their wives, Robert Jon and Karen Thompson, and Rick and Monica Hardin; 11 grandchildren; and seven great-grandchildren.
A memorial service was held Tuesday, July 11, 2017, at Mound City Christian Church. Inurnment was in Shawnee Mission Gardens, Shawnee Mission, Kan.
The family suggests contributions to Asana Hospice in care of Schneider Funeral Home, P.O. Box J, Mound City, KS 66056. Friends and family may leave online condolences at www.schneiderfunerals.com. Arrangements: Schneider Funeral Home & Crematory, Mound City Chapel.